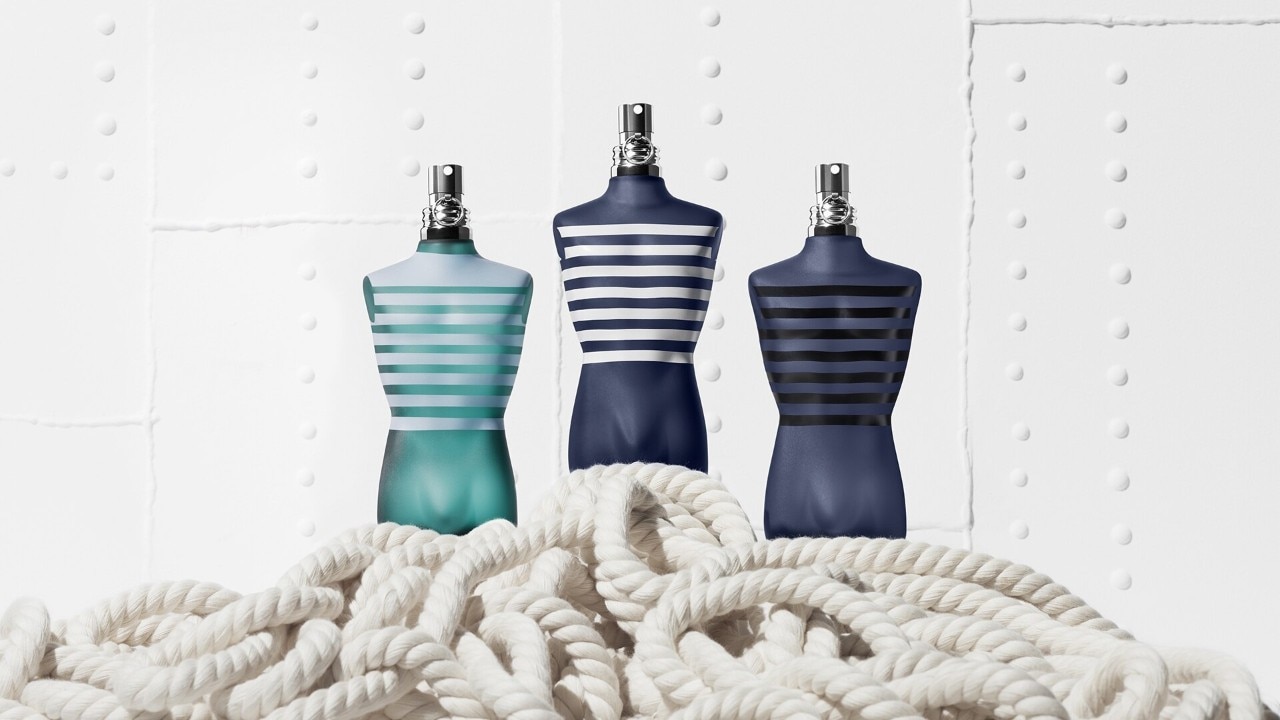 Jean Paul Gaultier hears the call of the sea

Le Mâle has been one of the most iconic perfumes in the Jean Paul Gaultier family since launching in 1995. This unmistakable scent features vanilla and mint notes, presented in tin can packaging. The immediately recognizable flacon of a male torso in blue and white stripes helped make this fragrance a must have. Twenty years later, Le Mâle remains both on trend and a top seller in duty free stores on every continent.

Now, la Maison Gaultier have chosen to launch a new version that combines history, with the aroma of the sea. Le Mâle In The Navy fragrance is a limited edition that celebrates French Navy iconography, and the characteristic pin up style of tattooed sailors.

Le Mâle In The Navy is a naturally powerful marine fragrance, featuring vanilla and ambergris notes. The tin can packaging echoes the strength of the sea and the potency of the men who work at sea. This is a reinvention of an absolute classic. 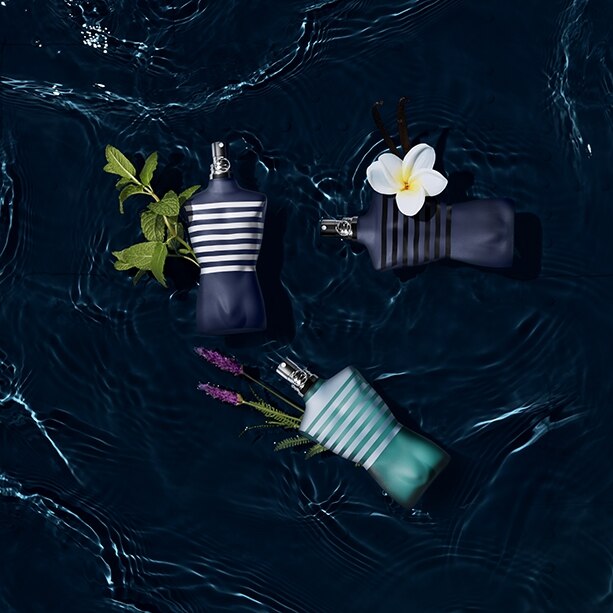 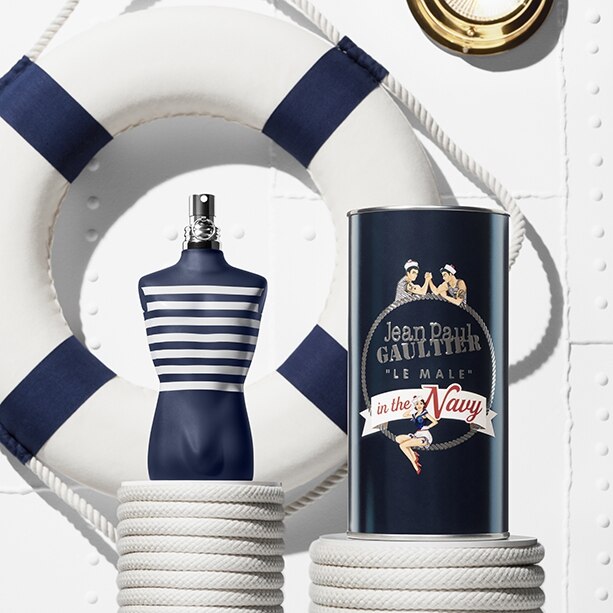 The relationship between Jean Paul Gaultier and the nautical style goes back many decades. Of course, where JPG goes, the rest of the fashion industry follows behind. In 1958, the French Navy established regulations for sailor’s uniforms, which included the now iconic white and blue jersey top with 21 stripes. The number 21 was chosen in reference to Napoleon’s 21 victories. The other reason behind the then new regulations was to help standardize sea rescue manoeuvres by easily identifying sailors who fell overboard into the sea.

However, Coco Chanel, always loyal to her rebellious spirit, was the first to incorporate the striped jersey design into the fashion world. In the ‘50s and ‘60s, Chanel and the Nouvelle Vague were successful in transforming this humble garment into a quintessential French classic, alongside the baguette and the Eiffel Tower.

The striped navy shirt was a staple in Jean Paul Gaultier’s childhood wardrobe. When he launched his first Prêt-à-Porter collection for men, the navy shirt became a feature on every catwalk around the world. JPG has said he was inspired by the film Querelle (1983), in which the actor Rainer Fassbinder is the embodiment of the ‘mâle’ image, which would ultimately become the base of his mythical perfume. This idea proved to be spectacularly successful, helping globalize the navy striped jersey in the ‘80s. 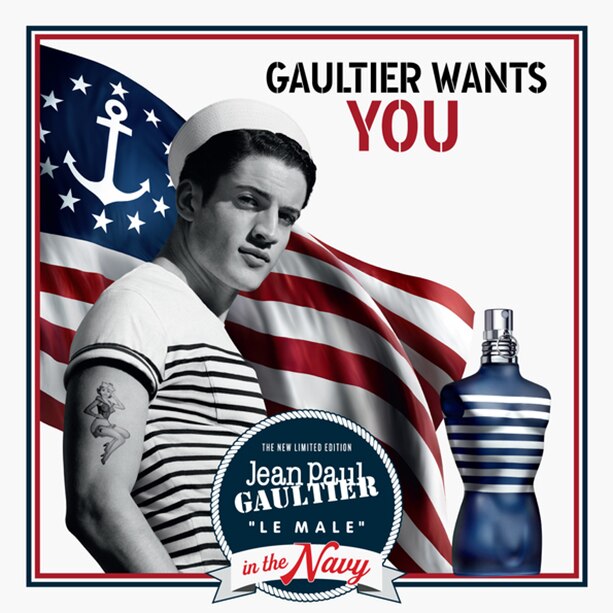 Le Mâle In The Navy completes the homage to the maritime origins of the blue and white stripes, which have been an inspiration to Chanel, Gaultier, and Parisian fashion. A design that definitely captures the salty aroma of the sea and its vessels, something perhaps lost in many previous adaptations on the theme.

Le Mâle In The Navy is a crisp and refreshing return to the roots, just like a sea breeze. This is the fragrance that takes you back to the sea every time you wear it.

A splash of icy peppermint invigorating by the salty freshness of an oceanic accord and contrasted with vanilla and ambergris notes. 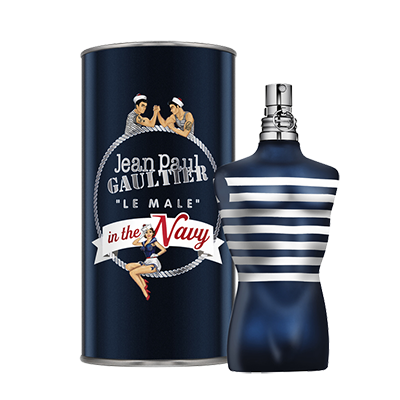